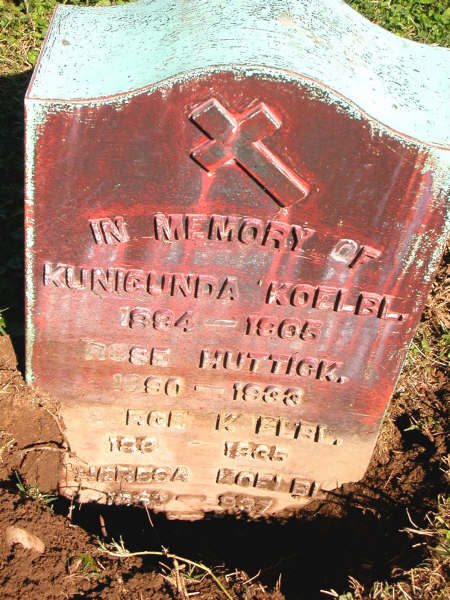 pic00240
Kunigunda was born in 1894.  Kunigunda's father was George Koelbl and her mother was Theresa (Koelbl). She had a brother and four sisters, named George, Rose "Rosy", Anna, Carolina "Lena" and Theresa.  She was the fourth oldest of the six children.  She died at the age of 11 in 1905.

This page is within a frameset. View the entire genealogy report of Koelbl families, or surname index of Koelbl pedigrees or report summary Koelbl heritage from 'Huttick, Powers, Schwartzstrub, DeGroat,... and more....'.
Genealogy Hosting.